When Bainbridge Island architect James Cutler was asked to remodel Seattle's Canlis restaurant,
he convinced the owners that there was no better design than the original one crafted by noted
Seattle architect Roland Terry.

"All I was going to do is stick with it and upgrade it and refine it and take what he had and let it sing,"
Cutler said. "He did such good work, it would be arrogant of me to do anything other than follow along
with him."

Mr. Terry, one of the leading forces in shaping Northwest architecture, died of pneumonia June 8 in
Mount Vernon. He was 89.

According to Justin Henderson, who in 2000 wrote a book about Mr. Terry, the architect was one of
a half-dozen Seattle architects whose names were bandied about as icons of the "Northwest style."

Mr. Terry's career spanned several decades. He retired in the early 1960s, according to the American
Institute of Architects, and moved to his retreat on Lopez Island, San Juan County, a building he
considered his best work.

According to biographies written about Mr. Terry, he was born in Seattle, spent some of his youth in
Kansas City, Mo., and graduated from Seattle's Lincoln High School. He earned a degree in
architecture from the University of Washington.

After serving in the military, he returned to Seattle and founded his first architectural firm, Tucker
Shields & Terry.

Later, after traveling through Europe, he formed a partnership with another architect, Philip Moore,
and was established as one of the premier architects in the Northwest, Henderson wrote.

Canlis, above Lake Union, is among his most famous buildings, with its great expanses of angled
glass that provide panoramic views. It uses rugged materials, such as stone and wood, worked into
a subtle design, according to Henderson.

"The elements that define his originality are subtle, a fusion of classic Northwest Modernist traditions
leavened with a warm yet cosmopolitan sophistication ... " Henderson wrote.

He also designed the original Nordstrom flagship store in downtown Seattle; the Lake Washington
home of John and Anne Hauberg, co-founders of Pilchuck Glass School; a Bainbridge Island home
for the Haubergs; the Hunts Point home of hydroplane legend Stan Sayres; the Windjammer
restaurant on Shilshole Bay; Sun Mountain Lodge in the Methow Valley; and many other homes
and offices.

His Lopez Island home has a sod roof and is built from wood found on the beach.

"He was a Renaissance man," said architect Ralph Anderson. "Not only was he involved in
architecture, he did interior work and landscaping. He was a great collector of Northwest art."

While writing his book, Henderson said, he drove Mr. Terry to some of the houses he had built
and Mr. Terry fumed when he saw how owners had remodeled them.

Another architect, Jim Olson, said Mr. Terry "has this sense of elegance and scale more like
traditional European, melded with soft and subtle Northwest style."

"He was kind of a Renaissance person," Olson said. "He made the classic Northwest style more
worldly in a lot of ways. He was very interested in the flow of space from the inside to the outside
and using natural materials, like pebbles and concrete and natural wood, the colors of nature. The
interior of a room would flow right out of the architecture."

Mr. Terry is survived by his longtime friend Abdel Ageep. When Mr. Terry moved into an
assisted-living center, he put his home in Mount Vernon up for sale. He had remodeled the home
and moved in 14 years ago.

Ageep said he hopes the barn on the property will one day be a museum that houses Mr. Terry's
collection of Northwest paintings.

"I met Roland in Greece in the 1970s and he invited me to the United States for an education,
and I've been working with him and living with him for 26 years," Ageep said.

Ageep said a celebration of Mr. Terry's life will be held at a later date. 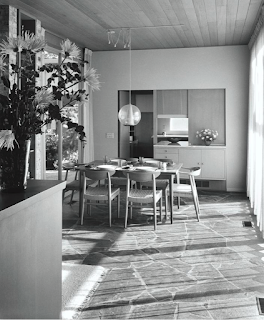 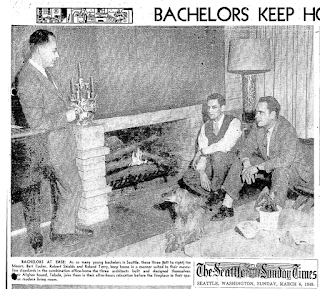